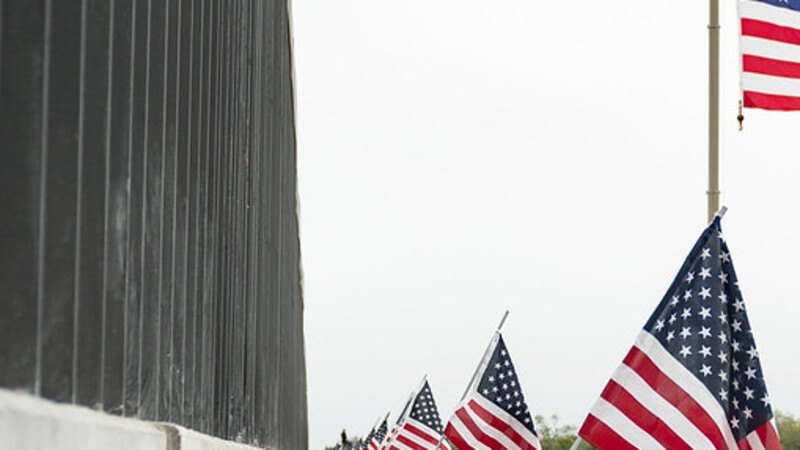 Travels to Texas by Trump White House Archive is licensed under flickr Public Domain Mark 1.0
President Joe Biden’s disastrous performance as president does not simply happen by accident; it takes planning. In the name of transforming America, every one of the Biden administration’s actions harm Americans while favoring core Democratic constituencies. America’s uncontrolled border with Mexico offers a perfect illustration of the way Biden’s intended policies leave U.S. citizens unprotected, while shielding lawbreakers from the consequences of their actions.

Fiscal year 2021, which began in October 2020, broke the record for the largest influx of illegal immigrants in U.S. history on record. As more than 1.7 million illegal aliens crossed the southern border during that 12 month period, deportations fell by 90% over pre-pandemic levels from January 21 to July 9, even as illegal immigration skyrocketed.

“Immigration enforcement, as measured by the number of aliens removed from the country, has collapsed to the lowest level since the mid-1990s, according to ICE deportation records the Center has obtained. Under policies imposed by the Biden administration, removals dropped by 80 percent since last year’s low point during the pandemic lockdown, and by 90 percent since 2019, the last normal year for ICE operations,” wrote Jessica Vaughan, director of policy studies at the Center for Immigration Studies. “The number of aliens removed who had serious criminal convictions also has declined by over 50 percent from 2020 and by 65 percent since 2019.”
Travels to Texas by Trump White House Archive is licensed under flickr Public Domain Mark 1.0