‘Is That Legit?’: Biden Claims LGBTQ Students Could Be Banned From Schools If Court Flips Roe 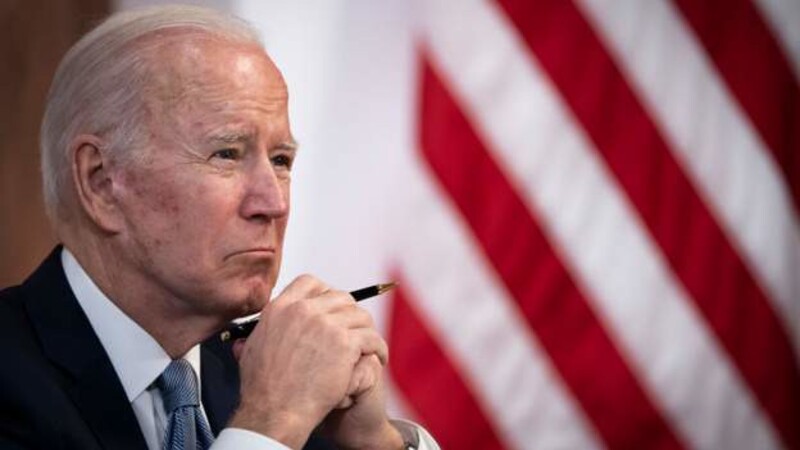 Biden and Johnson talk gas by Just Click's With A Camera is licensed under flickr Public Domain Mark 1.0
President Joe Biden said Wednesday that LGBTQ students might be banned from classrooms if the leaked draft opinion overturning the landmark abortion decision Roe v. Wade were allowed to stand.

Biden spoke about the issue in the wake of Monday’s unprecedented leak of the early opinion draft — which Chief Justice John Roberts confirmed was authentic — and argued that any right predicated on the implicit right to privacy would be next on the chopping block if that were the Court’s final decision.

Joe Biden says that overturning Roe v. Wade could lead to LGBT children not being allowed in school classrooms:

"This MAGA crowd is the most extreme political organization that's existed in American history." pic.twitter.com/WyW6j52ju0


Biden began by mentioning an earlier case, Griswold v. Connecticut, wherein the Court ruled that married couples, under that implicit right to privacy, could buy and use contraceptives without government intrusion.

Biden and Johnson talk gas by Just Click's With A Camera is licensed under flickr Public Domain Mark 1.0